Kids love their Chuck E. Cheese! And now you can win your own Chuck E. Cheese experience in this giveaway. Can you imagine how excited your kids would be if you surprised them with this?

Co-Hosted by Hints And Tips Blog, NonperfectParenting, and Michigan Savings and More

The winner will be notified by e-mail and will have 48 hours to respond or forfeits the prize. This giveaway is not associated with Facebook,Twitter, or any other social media. All participating blogs are not responsible for prize fulfillment. All entries are optional. Void where prohibited by law.

I don’t think I realized there was a National Puppy Day. Or if I did, I had put it out of my mind, because I am currently canine-less. *sniffles* The closest I have right now is a cat who used to think she was a dog back when I still had a dog. She would always follow him around, curl up with him, and even play fetch with him. Here are a couple of my favorite pictures.

Sorry about the crappy lighting. It’s an old picture taken with my old phone. But anyway, Fiona is the Siamese cat and Julio is the brown and white shih-tzu in desperate need of a hair cut. He always hated having his hair cut.

But he was great with her. In fact, the day I brought her home as a poor abandoned kitten, he came right up to her and started sniffing her. I was telling him how she was going to be his new sister, and he started licking the top of her head. Then BAM! He smacked her on top of the head. I guess the big brother was just letting the baby know that he had been there first. Plus, he was always getting crap from the older sister, my other cat Cassie.

Sorry, couldn’t leave her out. This is one of my favorite pictures of her. But, this is supposed to be National Puppy Day and not National Cat Day. I digress.

Julio really was the sweetest puppy I could have ever wanted. Even as he grew older, he still remained what I like to call a perma-puppy, always playful and snuggly, especially after getting a haircut. He was just so damn cute! As you know, dogs give unconditional love, so we were very dependent on each other. Nothing turned a day around more than getting a lick on the face from this darling.

My sister had his brother. After we moved in together, she wanted to get a shih-tzu and found a local breeder. The woman was getting out of the business and had two darlings left. My sister didn’t know which one to choose, so we ended up adopting them both, which was fine by me! They were the best of friends and double-trouble, totally legendary in our neighborhood. They would chase and play all day long, protected us and our turf, and charmed everyone who came over to see them. I was heartbroken when my sister moved and took Jefferson with her.

I think the dogs were also heartbroken. In fact, Julio used to mope a lot around the house until Fiona came along.

Julio and I were rarely separated. In fact, I usually planned vacations around places where I knew I could take him. I am not a fan of kennels and it was often hard to find someone to be willing to come over to take care of him. In fact, I only had one long trip that was over a week where he didn’t come with me, but he stayed with one of my best friends. I knew he was absolutely fine.

Then, a couple of years ago, he got very sick and very rapidly. I had to go to the emergency vet in the middle of the night on a Sunday at the beginning of the school year. Alas, there was nothing they could do for him, so I had to put down my baby. I don’t know if you have ever had to go through something like that, but it is horrible. The worst was when I was bawling and apologizing to him and saying goodbye, and he just kept licking my tears away. It was truly as difficult as being there with my father when he passed away. I just kept telling myself that Dad would be there to greet him, as would my other dog, Snowball, who had died a few years before at the ripe old age of 16 (pictured below). Julio was 12.

I haven’t had another dog since Julio. It’s the longest stretch in my life without a dog, as I had one from about the seventh grade on. I visit the shelters on occasion, but just haven’t yet connected with another dog. Then there’s also the fact that Cassie is now 18 years old and wouldn’t likely do well with another animal coming into the mix at this point. I don’t want to shock the poor girl over the Rainbow Bridge any earlier than I have to.

Some day, I will have another puppy, whether that puppy is truly a baby or a big, older one. Until then, I do still mourn my beloved Julio. I wish he were still here with me, but I know that isn’t possible. Instead, he lives on in my heart and my memories. I just borrow my friends’ dogs on occasion when I need some canine loving, or need to live vicariously through them for days like National Puppy Day.

Tell me about your precious babies for National Puppy Day! I would love to see them!

The definition of a mimosa is usually an orange juice base with champagne added to it. Some definitions also include the use of any other citrus fruit as the juice base. A popular citrus fruit juice for breakfast is grapefruit. While not my favorite fruit juice, I think that dressing it up with some other flavors would make a grapefruit mimosa an interesting alternative for brunches. I also know that many people like it a great deal, so they may prefer these versions. What say you? END_OF_DOCUMENT_TOKEN_TO_BE_REPLACED

This post contains affiliate links if clicked on I may receive a small commission to support this blog.

Tax Day is just around the corner. Are you ready for it? I hope that you are one of the ones who is able to get a refund, instead of owing money. It’s hard to feel like we give, give, give, because we work so hard to make our money. Well, here is a giveaway that gives back. So many fantastic prizes are here for a few lucky winners during this tax season. You can read bloggers’ reviews of the many items before you enter the giveaway below. Thanks for stopping by and good luck!

We want to make Tax Day a little more fun!

Hosted by: Michigan Saving and More

Tales From A Southern Mom

I want to thank all the wonderful bloggers that help promote these contests! Please visit and follow them so we all can have great contests for our followers! 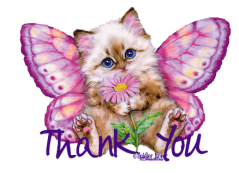 WE ALSO WANT TO THANK OUR AWESOME SPONSORS – PLEASE SHOW THEM SOME LOVE!

Remember: You are not eligible if you have won from any sponsor in the last 12 months, this includes contests on other websites.

15% off this flashlight with coupon code: YYOH4R4R

Sign up for email and receive a $10 discount HERE.

20% discount any title – enter code: livewell at check out HERE only.

20% discount any title – enter code: livewell at check out HERE only.

This giveaway is in no way endorsed, affiliated, or associated with Facebook, Twitter or any other Social Media Networking Site. You are not eligible if you have won a prize from any of the sponsors in the last 12 month. This Giveaway is valid in the United States Only and Entrants must be 18+ years of age to enter. This giveaway event will end at 11:59 PM (EST) 4/15/16. The winners will have 48 hours to email their information back to las93063 at gmail dot com or a new winner will be drawn, you may want to put this email address as safe as it could go to spam. The sponsors are each responsible for shipping of the above prizes. No blog associated with this contests are responsible for prize fulfillment. If you would like to be a sponsor in a giveaway like this please email Laura Smith at las930 (at)gmail (dot) com.

Also we all “love it if you like us” on Facebook! If you like our blogs on social media it helps us bring you only the best giveaways and more of them!

This post contains affiliate links and if clicked and a purchase made I may receive a small commission to help support this blog.

I have such fond memories of playing games as kid, both inside and out. Most of the time, I was playing with my sister, but my parents would join in when they weren’t running our store. My grandmother and I played games on a weekly basis when I went to visit her. Even now, as an adult, I long for Game Nights with my friends and their families. I may or may not even play against myself, at times, just to get my gaming fix.

This giveaway has many activities in it that should appeal to everyone. Read on for commentary on the activities, and instructions as to how to enter. Good luck!

Welcome To The Games For Everyone Giveaway!

Hosted by: Michigan Saving and More

We have games for everyone from 6 months to 99 years!

Lets take a look at all these great prizes.

If you would like to order any of these please click on the picture and you will go to the Amazon link!

Someone is going to win all of these!

I want to tell my promoting bloggers a HUGE Thank you!

Also a big Thank You to our Sponsors! 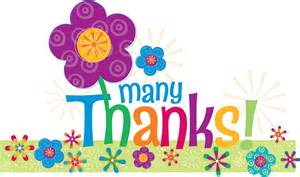 This giveaway is in no way endorsed, affiliated, or associated with Facebook, Twitter or any other Social Media Networking Site. You are not eligible if you have won a prize from the sponsors in the last 12 month. This Giveaway is valid in the United States and Canada Only. Entrants must be 18+ years of age to enter. This giveaway event will end at 11:59 PM (EST) 4/10/16. The winners will have 48 hours to email their information back to las93063 at gmail dot com or a new winner will be drawn, you may want to put this email address as safe as it could go to spam. The sponsors are each responsible for shipping of the above prizes. No blog associated with this contest are responsible for prize fulfillment. If you would like to be a sponsor in a giveaway like this please email Laura Smith at las930 (at)gmail (dot) com or contact the owner of the blog you are entering on!

Also we all “love it if you like us” on Facebook! If you like our blogs on social media it helps us bring you only the best giveaways and more of them!