Home security has been becoming an ever-increasing necessity in life. Our tumultuous society makes us worry, even when we should be feeling safe in our own homes.  We worry about going away, especially as we share more of our lives on social media. This great giveaway allows you to have some piece of mind both in and outside of your home. Keep on reading to find out more about it and how to enter! Good luck!

Paula’s Thoughts:
Setting up this system is simple and straight forward. We just had to follow the directions that were included for each component and then download the smartphone app to monitor the system. Since the unit, it is wireless we didn’t have to install any wiring and also have the luxury of moving it from one location to another as needed. Watching the video from the cameras, I found the quality was comparable to that of my favorite action video recorder.  With the ability to protect our home at its most vulnerable points and warn us at home or away of a breach this MivaTek Home Security System Starter Kit and Video Camera Add-On can provide our family with complete security coverage.How would you like a chance to own this awesome system? Well, you’re in luck because MivaTek has offered one lucky reader the chance to win both the Home Security System Starter Kit with a $300 RV and the Video Add-On with a $200 RV. That’s a total prize value of $500!To learn more about this awesome prize visit MivaTek Home Security System on Amazon.

Prize: One lucky reader will win both the MivaTek Home Security System Starter Kit with a $300 RV and the Video Add-On with a $200 RV. That’s a total prize value of $500!

I would like to give a big shout out to all the blogs participating in this giveaway! I couldn’t do it without you. Thank you for bringing this promotion to your readers.
​

By following us on our social networks and by email we can get the best giveaways together on the internet! Please take a minute to “like” us on Facebook!Thanks!Chances of winning depend on entries received.
Open to US residents 18 years and older
Winning entry will be verifiedGOOD LUCK!
$500 MivaTek Home Security System Giveaway
Disclaimer: PaulaMS’ Giveaways, Reviews, and Freebies nor any blog promoting this giveaway, is not responsible for the awarding of the prize. Sponsors are responsible for prize fulfillment. Any Questions about this giveaway? Email Paula At paula_stewart (at) ymail (dot) com.Disclosure of Material Connection: PaulaMS received the products mentioned above for free to facilitate the writing of this review. Some of the links on this blog post are affiliate links. This means if you click on the link and purchase the item, I may receive an affiliate commission. Regardless, she only recommends products or services that she uses personally and believes will add value to readers. I am disclosing this in accordance with the Federal Trade Commission’s 16 CFR, Part 255: Guides Concerning the Use of Endorsements and Testimonials in Advertising. Visit PaulaMS’ Giveaways, Reviews, & Freebies Rules & Disclosure to see the complete rules.
​

Tax time makes a lot of us cringe. It costs money to do them yourself or to have someone do them. Yes, a lot of people get refunds, but some of us do not. Every little bit of extra money helps, so what better time than now? This fantastic giveaway is a great way to earn a few extra dollars to do something nice for yourself! And it is so easy to enter! Read on to find out more. And good luck!
Welcome to the Tax Time Paypal Cash Giveaway!
Hosted by: Southern Mom Loves
Enter below for your chance to win $50 in Paypal Cash! Open Worldwide!
Giveaway begins on 3/14/16 at 1:00 am CST and ends on 4/14/16 at 11:59 pm CST. Must be 18 years or older, open Worldwide (void where prohibited.) Once winners are confirmed, they will be added to the Winner’s List here.
Entry-Form
Disclaimer: The participating bloggers were not compensated for this post. No purchase is necessary to enter. One entrant per household, per IP address. All entries will be verified. Void where prohibited by law. Winner will be contacted by email; Please add southernmomloves@gmail.com to your whitelist. Southern Mom Loves will be responsible for prize delivery to the winner. This giveaway is in no way administered, sponsored, endorsed by, or associated with Facebook and/or Twitter, Google, Pinterest, or any other social media platform.
Contact Holly at southernmomloves@gmail.com if you have any additional questions or comments, or would like Southern Mom Loves to organize your next giveaway.

Deliciously Savvy is Hosting a Giveaway for all Things Culinary!

1 Lucky Winner will receive $176 worth of Items to assist you in your Culinary Adventures! Culinary Corner is providing a Silicone Baking Mat, a 3 Piece Silicone Spatula set and a 2 Piece Silicone Round Ice Mold Set. Two Rivers Coffee is offering a 40 count box of Keurig KCups from Java Factory. Lori’s Salted Caramel Syrup is providing 2 eight ounce bottles of her delicious Salted Caramel Syrup made in Oregon. Dish Dish is providing a Digital Recipe Service valued at $50 for 50 recipes PLUS a Bamboo Cutting board!

Who doesn’t want more fun items for their kitchen? I know I love my coffee, as well as anything that makes cooking time a breeze. All of these items look absolutely fantastic and would make a great addition to your home. It is my pleasure to be a part of bringing you this fantastic giveaway. Read on for more details and then enter below! Good luck!

Plus Big Thank You To All of the Blogs Participating To Make This Giveaway a Success! Thank You So Much!

Check out all the Culinary Delights available in this giveaway.

1 Lucky Winner Will Receive all of the Items Listed Below! $176 RV!

And now the giveaway details!

Entrants must be 18 years old to enter and giveaway is open to US residents only.

Any questions email the organizer At mcushing7 (at) hotmail (dot) com.

This giveaway is in no way endorsed, affiliated or associated with Facebook,
Twitter or any other Social Media Networking Site. This giveaway is valid only
in the United States. Entrants must be 18+ years of age to enter.
This giveaway will end at 11:59PM (EST) on 03/30/2016.

By Supporting Our Blogs Via Social Media You Are Helping Us To Provide Fabulous Prizes For Amazing Future Giveaways! Good Luck & Thank You!

END_OF_DOCUMENT_TOKEN_TO_BE_REPLACED 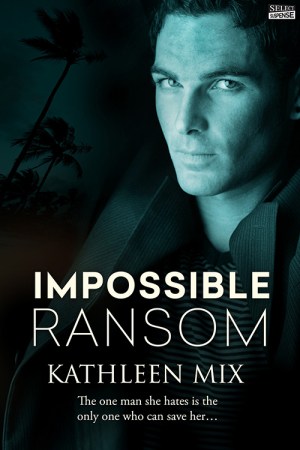